Grenada offers a number of interesting historical sites to explore around the island as well as more contemporary cultural points of interest.

The engaging history of this Caribbean island is brought to life when you visit the many forts and old estates across the island.

Check out our blog for the latest things to see and do in Grenada. 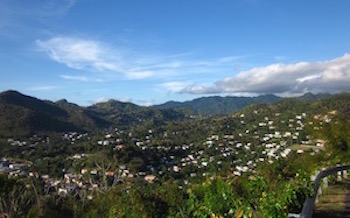 Fort George was built from 1706 - 1710, on an early battery erected by the French in the 1600s, and originally named Fort Royal, it was renamed Fort George in 1763, in honour of King George III when the British took possession of the island.

It is basically a small bastion tracer fort, which means that each level can give covering fire for the other level, and has been in constant use in one form or another since it has been built. It was once the heart of the town, but as the town has grown and times have changed, it has been relegated to being used as a simple extensive building.

Currently, it houses the Royal Grenada Police force, but has sections which are open to the public. The 360 degree views are spectacular.

Fort Matthew is the largest fort on the island and has been used as a battle ground through to mental asylum. Dating from the 18th century, the interesting original features including bathrooms, kitchens, underground tunnels, and cells for holding the violently insane are still in place today.

The views from the fort are simply amazing. You can see the town of St. George; the new cruise port, St. George’s University, and the surrounding countryside and Caribbean Sea.

Guided tours are available and you can also hire out the facilities for private functions. 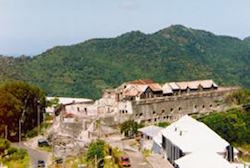 If you are interested in history, in the changes,in power that the Caribbean islands underwent so often, then this place symbolises it.

Along with three other forts, one just next door and eminently visitable, though not in good condition (the Americans bombed it in 1983), Fort Frederick was started by the French to secure their position after they had so easily captured the island from the British in 1779. The French had confounded the British (who had been anticipating a naval attack) by attacking from inland. Not wanting to be caught out in the same way, the French constructed Fort Frederick with its cannons facing inland, rather than out to sea, earning it the nickname "Backwards facing fort."

This, Mr. Rome will tell you, is not a museum about great civilisations, or historic migrations. It is to showcase the way that the rural poor lived about half a century ago: in other words, his boyhood life. "The Way We Were." The tiny but brightly painted shed is crammed to bursting with exhibits.

This place is more than the sum of its parts. It starts as an assortment of curios, and adds up to a lingering glimpse at a way of life, a culture that had a use for everything, however often it has been used before. Ingenuity seeps from every pore!

It is near Tuilleries - not too far from Mt. Carmel, where you turn off the main east coast road.

River Antoine Royal Rum Distillery is the oldest working water-propelled distillery in both Grenada and the wider Caribbean. Since 1785, they have been making strong rum using local, organically grown ingredients such as sugar cane.

Using the same methods as back in the 1800s, they power the distillery using energy harnessed from the nearby river or by hand. Nothing goes to waste in this factory and it is an experience not to miss for rum connoisseurs.

Guided tours are available and you get to try the eye-watering Rivers Rum at the end.

To get the most out of out nutmegs, you really need to visit a factory. You can find these at Grenville, at Victoria, and the most visitable of all is in Gouyave.

For just US$2, you get a comprehensive guided tour around the processing: storage, cracking, sorting, the water test, grading by size. The tour lasts about 20 minutes, and leaves you with a lasting impression of the versatility of nutmegs, and of the reality of Grenadian working conditions.

Before 1966, Westerhall was originally a privately owned agricultural estate producing sugar cane, coconuts, bananas and limes. There was a small rum distillery, but this wasn’t the main focus of the estate at that time. In 1965, the current family bought the grounds and machinery, and established Westerhall Estate Ltd. for the sole production of Westerhall Rum. 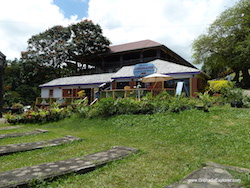 The chocolate produced on this estate is world-renowned for being organically produced and fairtrade in standard. Take a tour and explore the grounds of the estate and the chocolate making processes used here.